Big news! Foo Fighters are set to return to the UK in June 2018 to play at Manchester’s Etihad Stadium before two huge shows at London Stadium. Tickets went on sale on the 20th October and sold out within minutes. Many fans were left feeling angry after missing out and then finding tickets being sold for inflated prices immediately afterwards. It’s the same story every time!

So, Foo Fighters have partnered with Twickets so that fans have the chance to buy and sell tickets at no more than face value. If there are no tickets available now, set up an alert and we’ll notify you as soon as they become available.

Here’s what the band had to say on Facebook: 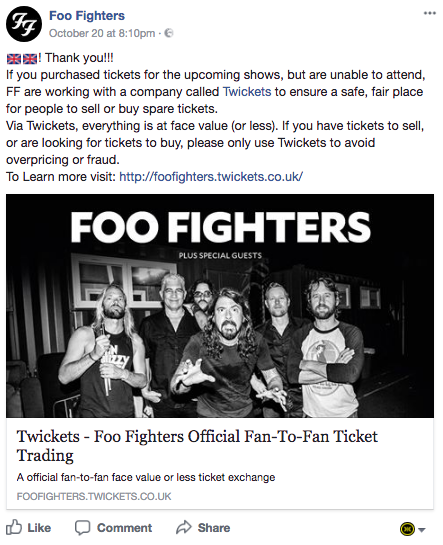